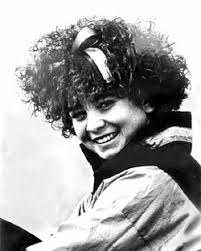 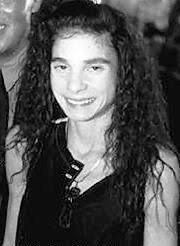 Maria and I happen to be surrounded by a sport that is arguably one of the most subjective— gymnastics. Rather than gymnastics being based off of the amount of points we earn, a panel of judges deduct from our score using a code of points. Judges take in various aspects of the sport, such as wobbles, falls, and techniques but it goes into much more detail than this. Political standpoints, such as how well known someone is, often influences the score and on top of this, our body structure can play a huge part in the opinions of a judge.  Not only are we constantly criticized by judges, but it also continues on with our coaches, fans, and/or parents as well.

It’s hard to believe that in the 1980’s, Christy Henrich had walked the same floors of GAGE that I did in Blue springs Missouri. Christy was a very successful international gymnast, placing very well in highly acclaimed competitions, until 1988 when an international judge told her she was too “fluffy” and needed to lose weight if she ever wanted to make the Olympic team. Christy disclosed to reporters that even her coach partook in the destructive criticism, bashing her with names like “pillsbury doughboy.” When you hear these comments coming from multiple people it becomes hard not to take it to heart, and that she did, pushing herself to lose a few pounds. But a few pounds quickly progressed into an unhealthy lifestyle of anorexia.

When her eating habits became prevalent, it took a direct blow on her training and she was thereafter remitted from working out. Her body was malnourished, preventing injuries from healing and making routines that used to be simple now difficult. She received support and help early on but, unfortunately, the invalidating remarks she accepted took a larger toll on her than any treatment she allowed to help her. The verbal abuse that burned so deep inside of her prevented any amount of nourishing support to cure her— OR it?

It is easy to say that she could have ignored the comments or allowed herself to get better, but what people fail to recognize is that it is not as simple as people make it out to be. For a lot of people these insensitive evaluations are inescapable, coming from all angles, having nowhere and no one to turn to, including themselves. It is when you do not even have yourself to turn to that it becomes the most detrimental. She died on July 26th, 1994, due to multiple organ failures at the age of 22, weighing only 47 pounds. These are the heartbreaking stories that like to be forgotten, but in order to prevent these things from happening they need to be told and forewarned of. In many stories, people have been able to overcome their battles and achieve self-acceptance, whereas others could not reach their self-harmony until it was much too late.

People sometimes forget or are unaware of the impact their words can have on someone. Regrettably, I have had to cope with the harsh pressures of body image within the sport from a very young age. These biting remarks are beyond me but have carved just enough to leave a scar in remembrance. I am beyond grateful that I can share my experiences later on in our Body Image series. So stay tuned.