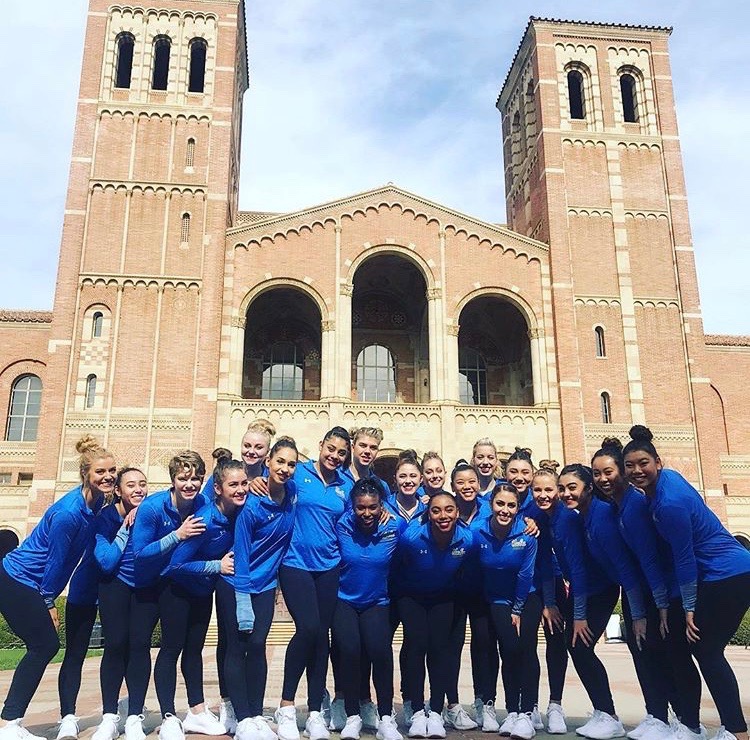 It has been quite some time since I last wrote on here, but as I enter into my last quarter at UCLA, I find that my life will unleash a whole new set of ideals and journeys to share with everyone. These past three months have been crazy and I could not be more blessed, but that will be reflected on more once season is over.

As most of you know, two weeks ago I debuted my new floor routine at the Pac 12 Championships. As assumptions have been passed along as to why I changed my routine, I have decided that this would be a perfect place to start writing again; a perfect place to share my truth in my own words.

Last summer I began asking Miss Val about having two different floor routines for my Senior year, which she would call it nagging but I would disagree. Little did we know that my first routine was going to go viral, especially so early on in season. People began traveling and coming to meets to see THAT routine! In a world often filled with chaos, they shared that this sparked a moment of joy. Because joy had been void for so long prior to college, it was my main motivator.

Post-season started to approach, finals were finishing up, and it seemed like the perfect time to make a change. At the same time, the documentary film ‘Leaving Neverland’ came out. This sparked debate, started conversation and left me with more questions than answers about changing the routine.

I knew it would inevitably create chatter, and I would be entering into controversy, whether I wanted to or not.

I have always wanted my routine to spark joy, for all people. So I stood, and I made a change. Not to play judge or jury, but to get back to joy. If my Michael Jackson routine left even one person feeling uncomfortable or less joyful, I felt like it was in everyones best interest to change the music to my routine.

I also thought about the things that I am extremely passionate about and what my heart gravitates towards. I believe in empowering women. When picking my original music, Tina Turner was someone I wanted in my routine because of the strong impact she has had on my life. I admire her courage and resilience. So, when we changed my floor routine, the goal was to showcase all inspiring, strong, impactful women… WHO RUN THE WORLD!