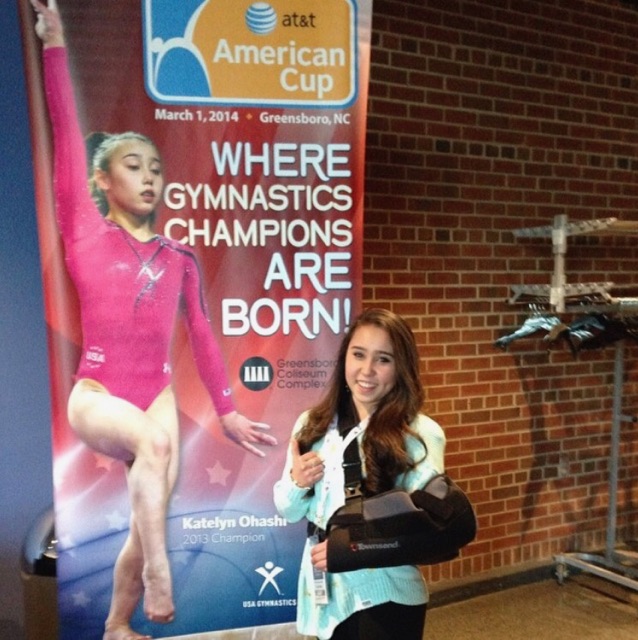 My world has completely changed. I have had a multitude of injuries throughout my career, but this one is different. This time I’ve been told I may never be able to do gymnastics again. However, this is just one doctor’s opinion, I plan on getting more. Besides this, you would think I’d be devastated, right? Instead, I have this sense of relief; relief that I might not have to worry about getting in trouble about my weight or feeling self-conscious putting on a leotard in front of anyone, ever again. I wouldn’t have to worry about not being able to make a skill the next day because of being too heavy. For once, I would have some type of freedom.

I have gained weight and gained it fast. I’ve put on 20 pounds over the course of around two months, which I can’t even bring myself to say aloud. I hate the way I look and feel and on top of this, I started my period last month, which is just another reminder that I have gotten fat. Ashamed, I tried hiding it from my mom, but that didn’t last long, just like my short lived feeling of freedom.

I am going into the gym, just less frequently because I am still unaware of what is happening and I don’t really like being there. I hide in the back of the gym wearing baggy clothes to avoid the judging eyes that stare at me from across the room in disappointment. I feel like a failure, as though I am now actually everything I had ever been told. I feel as if my own mother cannot even look at me in the eyes, and now I am at the point I can’t even look at myself. I am completely and utterly in disgust with myself. I’m unsure which is worse, the world I experienced before my injury or the one I am enduring now.

As a teenager it was hard to grasp and understand all of the responsibilities I had tied to training as well as outside of it. I hoped being injured would alleviate some of the pressures put on me from gymnastics but as it turned out they only continued. It felt as if I could not escape the world around me and the one I had created in my head. It was hard to separate the two because the voices around me eventually turned into the voice of my own.  I don’t believe that anyone meant me harm along the way, but more often than we notice, we internalize people’s words. In some scenarios, people are fortunate enough to overcome these effects, however in less fortunate cases these things can stick with us, reprehending ourselves from healing. Make sure to check back in on my upcoming posts as I reveal segments of my life that have helped me overcome my own voice and achieved self acceptance.